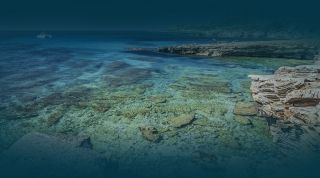 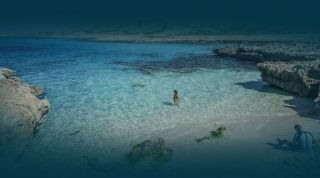 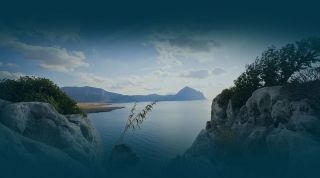 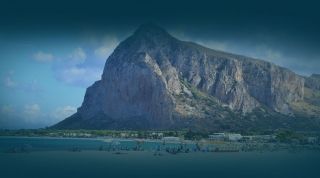 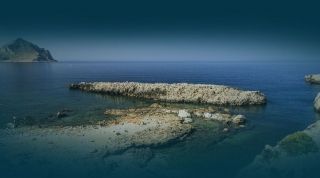 Book at the best priceGo to our promotions

Placed between the Monte Cofano Gulf and the Castellamare Gulf, San Vito lo Capo (Trapani province) with its wonderful beach is only a few kilometers from Trapani and many famous tourist destinations like Segesta, Erice, Mozia, Egadi islands, Marsala and "the Salt Road", Mazara del Vallo, Selinunte, Belice Valley, Sciacca and Agrigento.

San Vito lo Capo was, for many years, a small fishing village, part of the town of Erice until 1952 when it became a township, unknown to the majority of tourists. The reason for this was undoubtedly its out-of-the-way location, given that from Castellamare there was no coastal road linking it to Scopello. Plans to build such a road were abandoned at the end of the 1970's when the local population managed to promote, in its place, the founding of the first nature reserve in Sicily: the “Zingaro”. Some years later the nature reserve of Monte Cofano was also founded.

For this reason and for its capacity to safeguard its envinronment on a natural, cultural and human level, San Vito lo Capo distinguishes itself from other coastal towns in Sicily even after being discovered by domestic and international tourists.

From the 16° c. until 1969 San Vito hosted one of the most renowed tuna fishing facilities in Sicily, the “Tonnara del Secco”, whose original facilities can still be seen beyond Punta di Solanto along the route that leads to the reserve of Zingaro. Here many films and TV series have been shot, like Cefalonia and some episodes of Commissario Montalbano.

Today San Vito lo Capo is famous, above all, for its stunning beach and crystal clear seawater, reminescents of the tropics. The coast of Makari and Castelluzzo villages lies inside the nature reserve of Monte Cofano and contributes to make San Vito lo Capo a unique and unforgettable locality.

It follows a list and some explanation of the wonderful beaches of Makari that it is possible to visit also in just one day.

Isulidda, in front of Pocho Hotel Restaurant This is a small bay that takes its name from a rock just opposite it, “Isulidda” (small island). On the cliff that overlooks the coast you can admire the tower bearing the same name. It is a delightful place both for the landscape and for the easy way to reach it. It is suitable for children and adults. There is also a small slipway for boats. The sun sets just in front of it. It can be reached from the small road for El Baira camping, that starts from the provincial road to San Vito lo Capo.

Torre Tono The “Tono” Tower is located inside the reserve of Monte Cofano. It has been recently restored and can be visited.The whole coast is rocky and has some small creeks. The area is protected from the southern winds and the sea is almost always calm. It is advisable to wear sea shoes. The tower can be reached through an unasphalted road along the coast. In summer cars can not go beyond the entrance of the reserve (1 km. ahead), for this reason the area must be reached by foot.

Calette Agliareddi These are two wonderful creeks of white pebbles located at the entrance of Monte Cofano reserve. From here it is possible to dominate the whole gulf far away from the noise of the summer crowd. It is easy to enter in the water because there is a natural slope of the coast toward the sea. For this reason the place is good also for children, but they must be watched because the deep water is very near to the shore-line. It is possible to arrive by car through a unasphalted coastal road.

Calazza Calazza is one of the most well-known beaches of Castelluzzo. It is easy to reach through an asphalted road that starts in Castelluzzo (via Caiazza). It is a large, partly sandy creek. In the nearby there is a bunker that dates back to the last war times. Probably the area was a military base from where the whole gulf could be controlled.

Scaru Zu Asparu The “Scaru Zu Asparu” (Creek of Uncle Gaspare) is a small bay where some small boat can find shelter. A small part is sandy. There is a slipway of cement that allows to lie down and easily enter the water. The creek is not deep and protected. Good for children.

‘A Chianca 'A Chianca (plate) is a very peculiar area of the coast. It is made by the so-called Trottoir, that is a coastal carbonate platform that continues toward the sea and was formed through the cementation of some kinds of molluscs shells. It is a typical biostructure of the Mediterranean sea that resembles the coral-islands. The water becomes deep very soon. Sea shoes are recommended both to avoid to slid among the rocks and to make it easier coming out from the water. In some sandy part of the coast it is possible to comfortably lie down. The area can be reached quite easily through an asphalted road near the seashore.

Scaru Brucia Scaru Brucia is a small creek of very flat rocks that makes it possible to lie down comfortably and to take the sun. It is easy to enter the water due to a beach that runs along the surface of the water.

Santa Margherita Rina (beach) "Santa Margherita" is a wonderful beach of about 250 mt. and represents a very good alternative to the crowded beach of San Vito lo Capo. The depth of the facing water is low and for this reason it is the ideal place for families with children. The beach can be reached through an asphalted road that starts from San Vito lo Capo provincial road.

Caletta Rosa Caletta Rosa (Pink Creek) is located just before the small beach of Isulidda. The name comes from the colour of the rocks. The sea is very beautiful, but the approach to the water is not easy. Sea shoes are recommended. 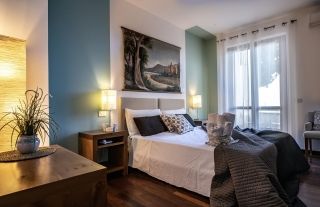 "ONLY WITH US" OFFER

This site uses technical and third party cookies. To know more or to deny consent go to the extended information note. The continuation of the usage of the site will imply the cookie acceptance.